(Physical distance means being able to dance with room to move, right?)

Very limited tickets at £8 (including £2 to charity) available from Monday 24th August.

"...An enthralling fusion of global sounds, mashing up ska and soca, jungle and funk, rock and punk, all of it high-energy and unfailingly danceable."

Whenever possible, Mangoseed show their support at fundraising and charity events: - Music for Children, Sahara Arts Oasis and Oxjam just to mention a few.

With funky guitar riffs, pulsating rock bass and swinging drums, Mangoseed bring forth strong, lyrical and masterful tunes. From the angst-driven punk/funk protest of Standing on a High, to an epic reggae, jungle, break-beat journey of Devil in the Road. Mangoseed’s sound is funky, poetic & infectious.

Exclusive - this is the first performance by up and comers, MOSES, since their spectacular debut album was released. They will BRING a SHOW to sing and dance your heart out to.

Renowned for their effortless swaggering charm, MOSES are a must see experience. "...a dream band, with perfect rock ‘n’ roll tunes, blistering live sets, instant audience connection, and the ability to catapult you straight into their world and experience everything from joy to heartbreak." (Kitmonsters)

"Fiery, feisty and hot to rock with Reggae"

Now they have released their new E.P, "It's Time".

Phoenix Raven are a female duo of a singer-songwriter/guitarist and percussionist playing a catchy fusion of Indie-Rock, Ska, ska Afro-Latin, Blues and punk. They perform original songs as well as a unique take on various covers. 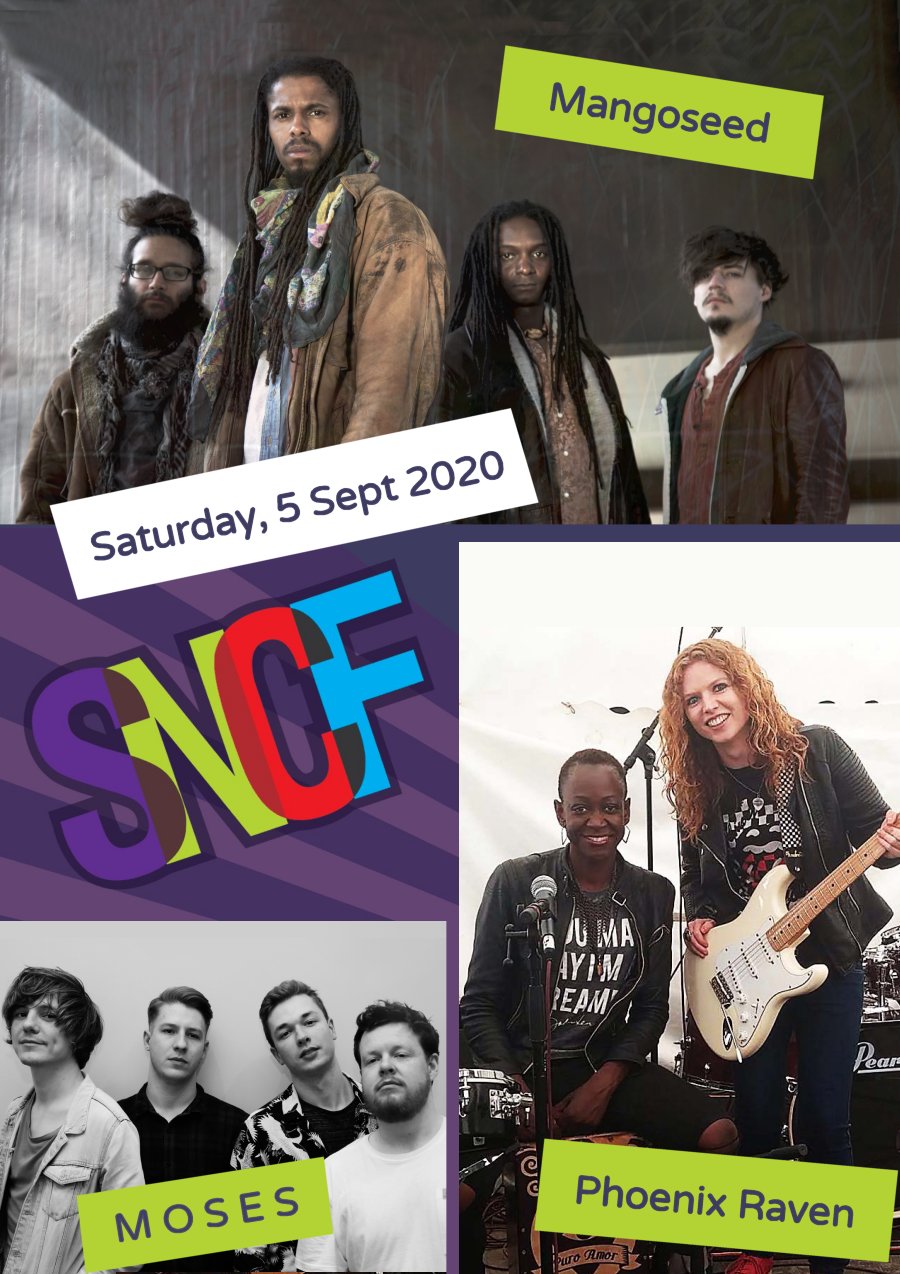