SNCF, in conjunction with Nice N’ Spiky Comedy, bring you a special evening of enthralling & entertaining live stand up comedy, starring the very best guest performers from the UK comedy circuit. Get ready to laugh after lockdown and join us for a feel good evening of fun.

Isy is best known for playing IT geek Dobby in Peep Show, for which she was nominated for the Best Female Newcomer at the British Comedy Awards. Other TV appearances include The Incredible Will and Greg(Channel 4), Comedy Cuts (ITV2), Love Soup (BBC One) and Cornershop(BBC North). Her BBC radio credits include Laurence & Gus: Hearts & Minds,Out to Lunch, Danny Robins Music Therapy, The Milk Run, The Now Show,The Mitch Benn Music Show, and The Dom Joly Show. Isy is also a talented writer - having worked as a comedy consultant for the hit Channel 4 show Skins. Isy is an established live performer with several sell out Edinburgh Fringe runs to her name. Catch her here in the intimate surroundings of Stanley Halls!

As seen on BBC's Live At The Apollo and Mock The Week and in his very own series 'Can't Tell Nathan Caton Nothing' on BBC Radio 4.
Nathan Caton is one of the most exciting young comedians on the scene. Gigging since the tender age of 19, over the last decade he has established himself both as a circuit headliner, and a name on TV and radio.Within his first few years on stage, he had picked up various accolades and coveted plaudits including the Chortle Student Comic of the Year award and Broadcast Hotshot and written and starred in a pilot for Paramount Comedy (now Comedy Central) entitled The Nathan Caton Show. Since then Caton has gone from strength to strength, wowing audiences at comedy clubs up and down the UK, and on his numerous TV and radio appearances, with his delightfully charming blend of personal and political comedy.

Hatty is a stand up comedian, writer, presenter and actor. She created and Co wrote the Comedy Central Sitcom – Give Out Girls, she played Kerry in Josie Long's BBC Radio 4 sitcom ‘Romance and Adventure ‘ and is currently hosting Screaming With Laughter live shows across London and the Funny Mummies Podcast/ Soho Radio Show.

This show is suitable for Over 18's Only.
In the unlikely event that a performer needs to cancel, the management reserve the right to amend the line up without notice.

*The event may take plase in the main hall weather pending. We operate a socially distanced policy. 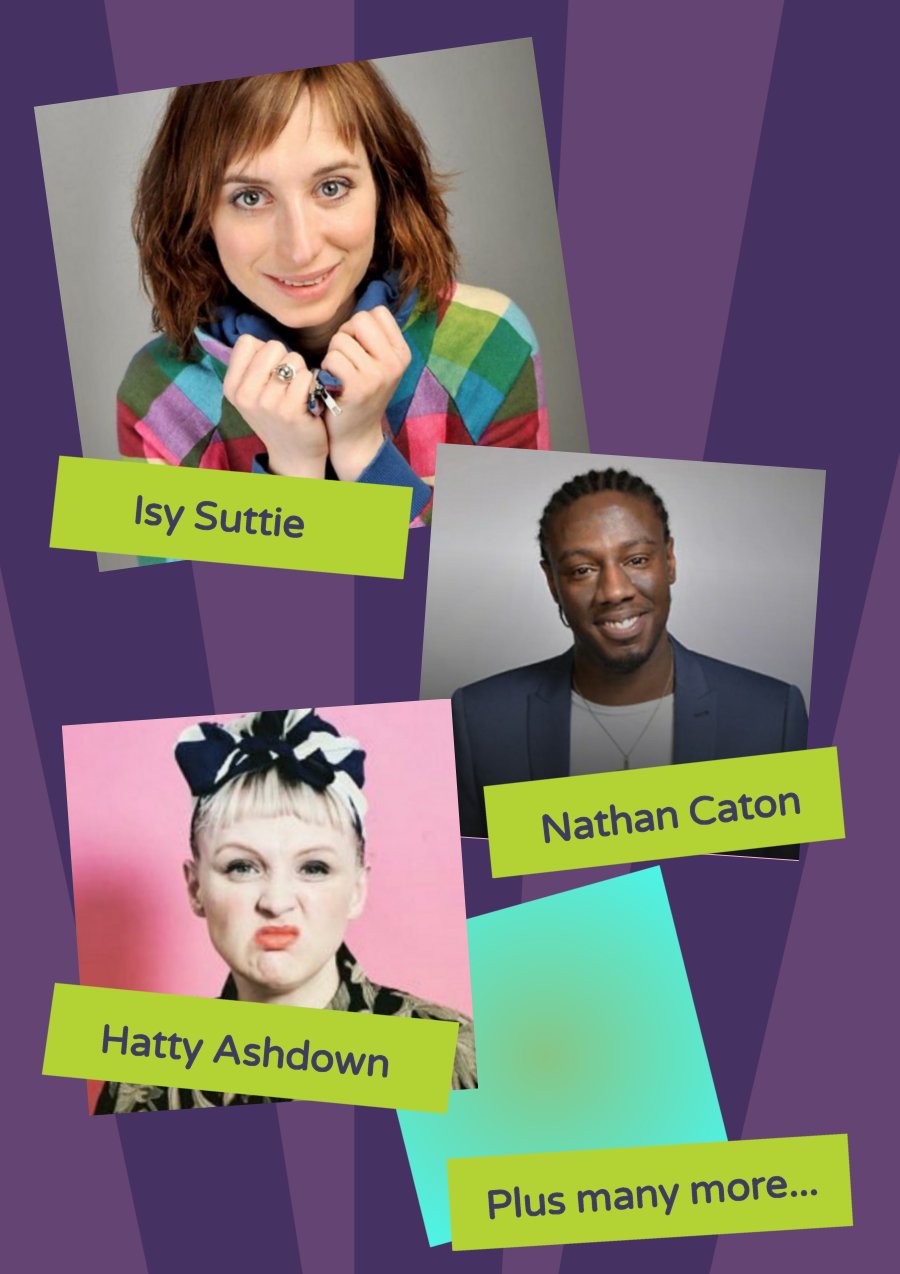