SNCF, in conjunction with Nice N’ Spiky Comedy, bring you a special evening of enthralling & entertaining live stand up comedy, starring the very best guest performers from the UK comedy circuit. Get ready to laugh after lockdown and join us for a feel good evening of fun.

Lloyd Griffith is a comedian, a choirboy and an ‘aspiring’ goalkeeper. Recently he fronted a show on BBC called ‘Can You Beat The Bookies?’ You may have seen Lloyd on Soccer AM on Sky Sports and also as the co-host of FLINCH on Netflix. Other TV credits include 8 Out Of 10 Cats (Channel 4), Bounty Hunters (Sky), Comedy Central Live at The Comedy Store (Comedy Central), Roast Battle (Comedy Central), Drunk History (Comedy Central), Taxi To Training (BBC3), Football’s Funniest Moments (Sky), The Premier League Show (BBC2), Songs of Praise (BBC2) and many more. He recently supported Jack Whitehall and Rob Beckett on their respective sold out UK tours including dates at Liverpool Echo, Newcastle Metro, Manchester, Leeds and Wembley Arenas, Hammersmith Apollo, and the O2! Lloyd has starred in various online football videos including Premier League Fan Reactions and FIFA: Quest for the Best (EA Sports/Sky Sports). He’s best mates with Lionel Messi.

Sara was a Best Newcomer Nominee at the Edinburgh Fringe 2018 and in the Chortle Awards 2019, she is one of the most hotly tipped comics working in the UK.

Stephen is well on his way to becoming Scotland's newest addition to its history of brilliant comedians. He has earned critical acclaim, accolades and a growing fanbase with his original and insightful writing style and accomplished delivery. Carlin was named by Stewart Lee as one of the ‘Ten Best Comedians in the World Ever’. In 2011, Stephen co-created and co-wrote the new BBC Radio 4 show 'The Headset Set', set in the Smile5 Call Centre.

As one of comedy’s most exciting and talked about new names, Toussaint Douglass is already making serious waves. His innovative brand of stand up mixes the personal with the political, whilst adding a uniquely absurdist slant to brilliant comic effect. In 2018 he burst onto the circuit gigging at top venues such as The Comedy Store, Top Secret Comedy Club, Banana Cabaret, Backyard Comedy Club,  Komedia Brighton & Up The Creek and achieved rave reviews for his outstanding performances at several major UK comedy competitions. Toussaint made good use of the 2020 lockdown creating off-the-wall, shareable content to keep people entertained in troublesome times, whilst also developing some very exciting new ideas for broadcast, so watch this space…

This show is suitable for Over 18's Only.
In the unlikely event that a performer needs to cancel, the management reserve the right to amend the line up without notice.

*The event may take plase in the main hall weather pending. We operate a socially distanced policy. 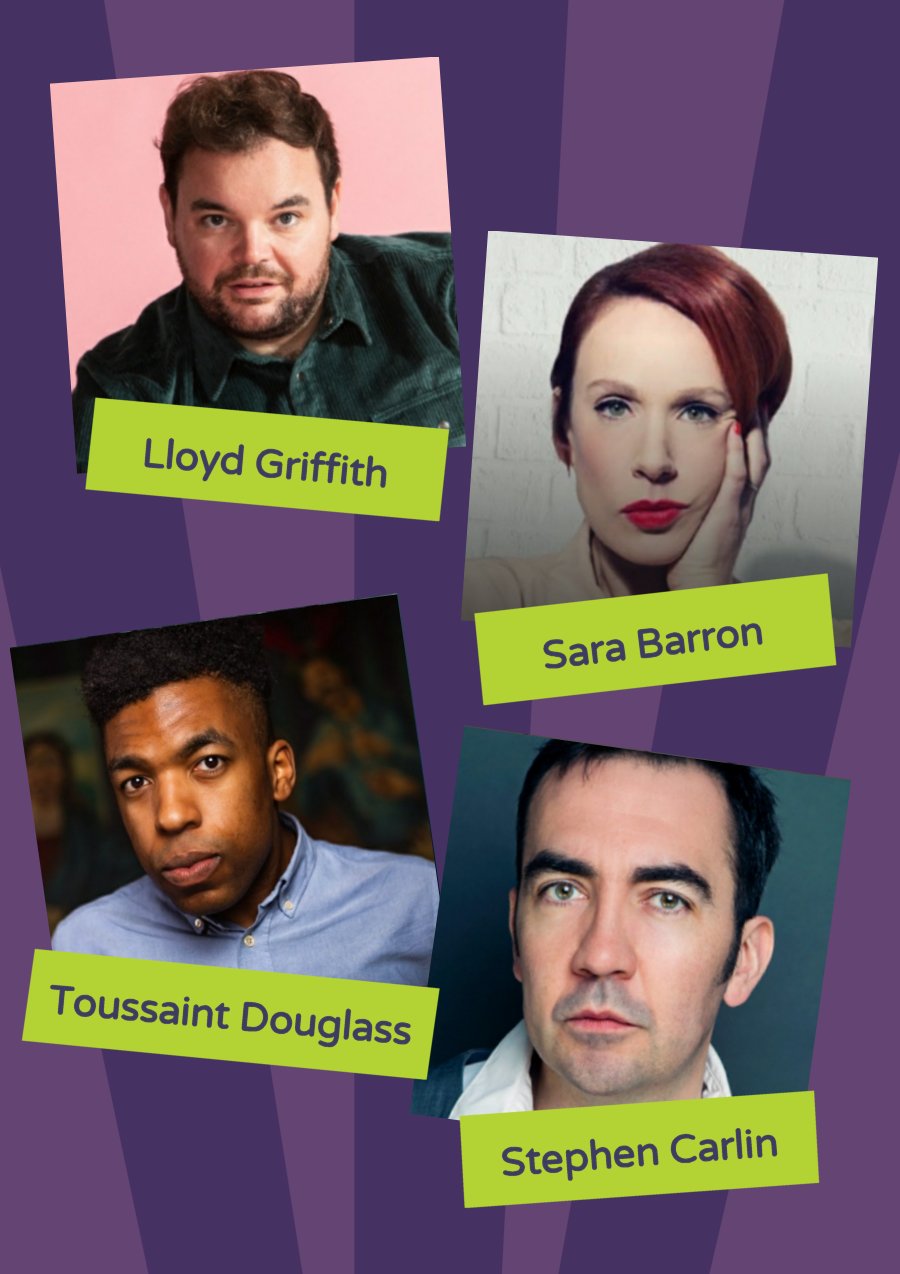